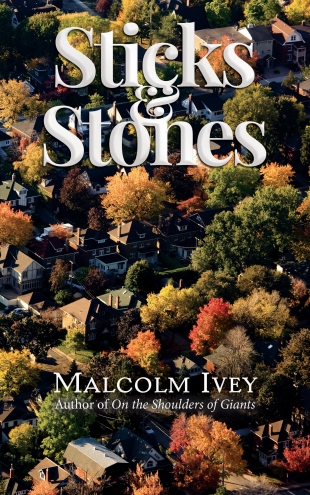 Such a gentleman, thought Brooke as her date strode around the front of his Lexus to open the car door for her.

Dinner had been lovely and the symphony, though not her taste in music, was elegant and classy. Wearing her little black dress was clearly the right decision, the perfect complement to Blane’s tuxedo. Beneath the chandeliers of the concert hall, with his firm and guiding hand on the small of her back, she caught the approving eyes and backwards glances of other couples in attendance. Power couples. It felt nice to be noticed.

The car door opened. He towered over her, his handsome face backlit by the moon.

She stepped out of the car and brushed past him. “I can’t. The babysitter has school tomorrow and I’m already running late.”

He fell in step beside her. Their hands touched and clasped, his palm cool against her skin. “I understand.”

The television flickered blue against the curtains. Her heels tapped the cobblestone. The moment dilated. A familiar cocktail of excitement and guilt sparkled and sloshed in her heart. The excitement was easy to process, the thought of this handsome, confident man taking her in his arms and kissing her deeply caused her legs to tremble. The guilt was more complex.

In the six years since David’s death, she had dated a total of five men, kissed three, and slept with none. It just felt like such a betrayal.

The porch light was on. They stood on the doormat. He pulled her close. His cologne was subtle and masculine. She breathed it in as she laid her head against his shoulder.

She knew Blane Barrington was her neurochemical match, knew it the first time she saw his profile picture and read his bio – handsome, athletic, witty, the youngest partner in a local law firm. He even liked John Hughes movies.

When he first messaged her, she was surprised that someone so perfect was wasting his time on a dating site. The man belonged on The Bachelor. Now, after only the second date, it was increasingly obvious that he was a different breed than the other men she had seen over the past year. And it wasn’t just his good looks and affluence. There was a stability that was alluring for a single mother of two. If only her husband would stop haunting her.

His body was toned beneath the material of the tuxedo. She could feel the sculpted definition in his back as they embraced. Gently, he tilted her chin with his hand. She closed her eyes. Her lips parted and–

The flatulent roar of violent gas exploded from the upstairs window followed by the musical giggle of a little girl.

“Sorry,” she said, giving him a peck on the cheek as she detached herself. “Kids.”

He accepted this with his customary patience and grace. “I’ll call you.”

She unlocked the front door, stepped inside the foyer, and watched through the peephole as he climbed into his Lexus and drove away. Part of her ached with longing and regret, part of her celebrated the narrow escape.

When his taillights disappeared, she kicked off her heels and walked into the living room. Karrie, the babysitter, was watching Netflix on the couch.

“Where are they?” Brooke demanded.

The teenage sitter pointed at the ceiling.

She dropped her purse on the coffee table and bounded up the staircase. Her children’s bedroom door was closed. Urgent whispering hissed from the other side.

She grabbed the knob and ripped it open.

Maddy’s blanket settled and went still. Fake snoring buzzed from Evan’s side of the room. The Xbox was paused on some Middle Eastern war scene.

She leaned against the dresser. “Ahem.”

“So everyone’s asleep, is that it? Because I could’ve sworn I heard a sick tummy up here. No one called for a nurse?”

She pushed off the dresser. “Okay, you know what? Since the patients appear to be non-responsive, it looks like I’ll have to perform a hostile examination!”

She flew to her daughter’s bed and attacked the little form beneath the blanket with tickles.

Maddy giggled, kicked and squirmed. “It wasn’t me Mommy. It was Evan!”

“Snitch,” said Evan as he climbed out of bed and headed for the Xbox.

“Don’t you dare turn that video game on,” she said. “Come over here. I need to talk to you.”

He didn’t move, testing her. Stubborn like his father.

“Come on. Sit down,” she patted Maddy’s bed. “Family meeting.”

Acting as if it was the greatest concession of his young life, Evan finally stomped across the room and sat heavily on the bed.

She put an arm around him. “So what do you guys think? I want your honest opinion.”

“About what?” Evan sulked.

She smoothed Evan’s cowlick. “What about you, kiddo?”

“Does it matter?” he groaned.

“Because I value your opinion.”

Shocker, she thought. “Why not?”

Maddy climbed behind her and rested her chin in the crook of her neck. “Yeah, why not?”

She nodded. “He’s an attorney. He fights for people in court. People who can’t fight for themselves. Let’s at least give him a chance, okay?”