Chapter 39: A Soul Feels Its Worth 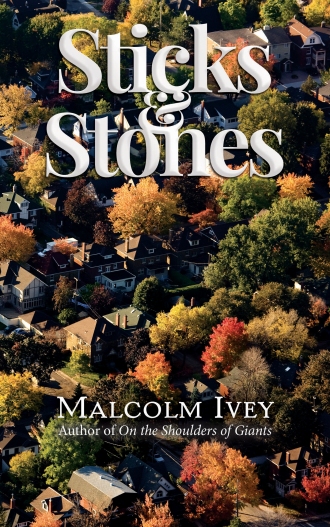 They moved like thieves in the pre-dawn hours. Silent. Efficient. She helped him lug the enormous boxes from his garage to her living room. He helped her wrap a supply line of unrecognizable twenty-first-century toys and other digitalia.

After the last gift was taped, tagged, and tied with a ribbon, they retired to her couch, sipping coffee that was more cream and sugar than caffeine.

Sunrise came in shafts of iridescence, blending with the Christmas lights, caressing her face. She sat with her knees tucked beneath her.

The work had been a distraction. But now that the presents were stockpiled beneath the tree, yesterday’s revelation emerged from the stillness and settled between them on the couch like an awkward guest. Though uncomfortable and unreciprocated, he did not regret telling her the truth of his feelings for her. If anything, he felt invigorated. Set free. Like he’d just faced down some bully on the yard.

She took a sip from her mug. “Thanks for helping. I should’ve wrapped them weeks ago.”

“Are you kidding? This is the most fun I’ve had in the last thirty years. Except for that blind date with what’s-her-face.”

He glanced at the staircase. “Do they still believe in Santa Claus?”

She shook her head. “Evan hasn’t since he was eight. Maddy found out last year. Ooh, you wanna talk about one angry little girl? So insulted. I think she felt betrayed for not being in on the secret.”

A Maddy montage paraded across his mind: wiping out on her bicycle, laughing in the back of his truck, practicing cosmetology on his porch, shredding in the music store, scooping the loaded gun, running for her life.

A few short months ago he wondered about adjusting to society after so many years in a cage. How would he fit in? Where did he belong? Sitting next to her on the couch, Christmas morning, he knew the answer.

There was a thump upstairs, followed by muffled voices and the squeaky hinge of a door. Evan yawned on the landing then Maddy appeared next to him. They paused for a moment, soaking it in, then raced down the stairs and collapsed in front of the tree.

Evan picked up a present and read the tag. “This one’s yours, Maddy.”

She tore off the wrapper. It was a telescope. “Mom!” she squealed, her voice hitting an octave of Mariah Carey proportions. “You said I wasn’t old enough!”

Brooke smiled at her daughter.

“Cool!” said Evan upon discovering the Hoverboard. “Thanks, Mom!”

He opened it carefully, some sort of high-tech coffee maker from Brooke. “Thanks. Now you’ll have to teach me how to use it.”

She smiled without meeting his eyes.

Two large boxes were set back from the tree, flush with the wall.

Brooke raised an eyebrow. “I think those are from Mason.”

Evan pushed past his sister.

“Sorry,” he said, ripping the paper from the box. Then he gasped. “It’s the same one … from the mall!”

Mason nodded. “We’ll have to assemble it. All the weights are in my garage. I’ll bring them down in the truck later.”

He stared at the picture on the box, a buff military type was pumping iron. Evan looked back at him with a smile that could have shattered his glasses. “Thanks man!”

Maddy’s box was taller than she was. By the time she got it open she was almost hyperventilating. She removed the pink Fender like a holy sacrament. “Mason,” she swallowed. “Is it mine?”

“But how did you afford it? You’re ‘posed to be poor.”

The little girl came flying across the coffee table and landed in his lap. Her hug was worth a thousand guitars. “This is the best Christmas ever!”

Brooke smiled at him from the other end of the couch.

He patted Maddy’s back. “There’s more presents under the tree.”

She struggled to her feet and rejoined her brother on the living room floor. Evan held up a shrink-wrapped box. “Is this for my drone? Awesome!”

A knock on the front door made them pause.

Brooke stood, smoothing her sweatpants. “I’ll get it.”

He watched her disappear down the hall. Moments later she returned with Blane.

“Well well,” the attorney sneered over a stack of gifts. “Something told me you might be here. Had I known for certain, I would have bought you a gift. Some deodorant perhaps.”

“Likewise,” Mason shot back. “I could have gotten you some teeth whitener.”

“Guys, please,” Brooke urged him with her eyes. “It’s Christmas.”

“Indeed it is,” Blane selected a gift from his stack and passed it to Evan. “So without further ado … young man? I believe this is yours.”

Evan unwrapped the package and held up a Guitar Hero video game.

Maddy smirked and hugged her Fender. “I got a real guitar.”

She tore off the wrapping paper, frowned at the box and cast it aside. “I don’t like dolls.”

With a pinched facial expression he presented Brooke with a flat box in elegantly wrapped paper. She sat on the couch and arranged the gift on her knees.

“Open it,” he urged, his face smug again.

She worked a fingernail beneath the tape and slid the box free. Maddy nuzzled up next to her as she lifted the lid and folded back the tissue paper.

Blane sat on the armrest. “Actually, it’s a kimono, one hundred percent silk. A partner at the firm traveled to Tokyo last month and I had him pick it up for me.”

Brooke pressed it against her face. “It’s lovely … thank you.”

“Hey Mom,” Evan called from under the tree. “Here’s another one from Mason.”

He had slipped it in with the children’s presents before dawn. Though it was not his intention for her to open it in front of her boyfriend, there was little he could do about that now. Blane stared infrared lasers at him from the other side of the couch, unhappy that the focus had shifted so quickly.

Brooke wavered before opening it.

Maddy was practically in her lap. “See what it is Mom! Come on!”

She peeled the paper from the black velvet box and glanced over at him. He feigned indifference. She flipped the top. Her breath caught. The gems shone brighter than the Christmas lights.

“It’s diamonds,” said Maddy, her voice hushed and reverent. “Green ones too.”

He looked straight at Blane. “It’s real. I would never insult her with anything artificial. She has enough fakes in her life as it is.”

“Yeah? What’d you do? Rob another bank?”

He glanced at Evan, who was watching from a sea of wrapping paper on the living room floor, then at Maddy, still staring transfixed at the jewel-encrusted bracelet. Finally he looked at Brooke who quickly looked away.

Up until the knock on the door, he was experiencing what may have been the best day of his life. The quiet conversation in the early morning hours while wrapping the gifts, the accidental brushes and electric touches that sent shock waves throughout his body, the wide-eyed wonder of Evan and Maddy as they stood on the landing and surveyed the vast expanse of presents beneath the tree, their unbridled joy as they waded and ripped into them. For the first time in forty-eight years, he got a taste of what fathers must feel on Christmas morning. Then Blane came over.

He could tolerate the slick mouth and overlook his snobby attitude and even deal with his threats at the restaurant, but he drew the line when it came to diminishing him in front of Evan and Maddy.

He stood and nodded toward the door. “Why don’t we finish this conversation outside.” He didn’t wait for an answer.

As he walked down the hallway, he was aware of the attorney’s footsteps behind him. Maddy’s voice carried from the living room. “Is Blane mad ‘cuz Mason’s present is prettier?” He smiled as he turned the knob.

The air was crisp. He could see his breath. The door slammed behind him.

“I’ll have you know,” said Blane, “I was Greco-Roman wrestling champ at Southhaven. I studied under the tutelage of Zach Glover.”

Mason had to restrain himself from laughing in his face.

Sensing that physical violence was not in the cards, Blane poked out his chest and his voice took on a menacing edge. “I thought I told you to stay away.”

“No, you told me not to snitch about your little fling with your paralegal. And I didn’t. I don’t need to resort to gossip to take Brooke from you. She was taken the moment we met.”

“I doubt that very seriously.”

He took a step closer. “Doubt what you want, do what you want, but I promise you this — if you ever insult me in front of those kids again, I will crush you like a child molester on the yard.”