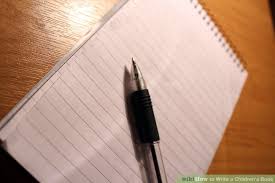 “If your life were a book, would you like your character?”

These words have been nibbling at my conscience for years, surfacing at the most inopportune times – while cheating on a girlfriend, stealing from a family member, cooking cocaine in a spoon… The answer was always the same: “No, I would not like my character. I would HATE my character.”

There are few things in this world as unsustainable and soul-sucking as drug abuse. This is far from breaking news. The hard math states that someone in your orbit is suffering right now, be it your child, sibling, significant other, friend, neighbor, co-worker or yourself. For most, the needle and the crack pipe are a life sentence of enslavement. However, there are exceptions. Some find Jesus, others escape through a 12-step program, and I would never underestimate the healing properties in the love of a woman. But for me, the way out was through the written word.

When I first began Consider the Dragonfly I did so in desperation. It was a Hail Mary, a half-court buzzer beater, my last shot to escape the quicksand of my old patterns and do something honorable. The universe gave me the bonus plan. Barely a few pages into the first chapter, the characters shimmered to life. Protagonists and antagonists whispered backstory into my heart, explaining why they were the way they were, confiding secrets and fears and dreams, drawing me deeper into the world of story. And while I was busy being a conduit, head down, scribbling furiously, a sort of alchemy was taking place in my own world. Impulsivity was converted to discipline. Recklessness was exchanged for structure. I was suddenly protective of my remaining brain cells and mournful of those I had squandered. The craft was changing me.

There is something empowering about writing a novel, something spiritual about plugging into the collective consciousness and transcribing the flow of words from the ether, something transformative. I’ve been clean for a few years now. My second book, With Arms Unbound, will be out this summer and I’m presently knee-deep in a new project. Some will say that I’ve merely swapped addictions. Maybe so. I’m cool with that. Because today when that old question pops into my head – “If your life were a book, would you like your character?” – the answer is a resounding “HELL YEAH!”

[This post originally appeared on malcolmivey.com 6/1/14 as “Writing: A transformative craft”.]

2 thoughts on “A transformative craft”